Oda Bultum University has held Undergraduate Regular and Continuing and Distance Education students Graduation Ceremony on July 16, 2022. From the total number of 742 graduates, 104 are regular while  638 of them are from extension program and from the total graduates 32.6% are females.

The top level Management and Senate members of the University,  college deans, department heads and directors of the University , invited high government officials and the guests of honor  and families of the graduates have attended the colorful ceremony.

Students who have been  longing for this special day , wore  their gown and cape smartly, oath and moved their tassels from right to left when  the commencement ceremony kicked –off by Dr. Amin Mohammed Academic Vice President  in front of their family and the   guests of honor and both students and their families have felt happy.

Throughout the event, speakers offered words of inspiration and advice as the graduates have to look ahead to the next stage in their life and academic journey that will serve them well.

On this occasion, in his Congratulatory and welcoming remarks, Prof. Muktar Mohammed OBU President has mentioned out the successful achievements addressed by  the University including extending internal infrastructure facilities and construction activities,  teaching-learning  process and research and community service since its  establishment in 2015.

Finally, he urged the graduates to put the knowledge and skills they have acquired during their stay at the University in to practice and contribute their share to the development of our country, Ethiopia.

OBU Management Board Chairman, His Excellency Mr. Fanta Dejen FDRE City and Infrastructural  Development Deputy Minister, in his Congratulatory speech said, ”The government is working hard to strengthen its executive capacity building to  achieve sustainable development through well trained human power in an organized manner. He also said, “Graduates should  not only  be job seekers but they had better  be entrepreneurs of their own business through innovative and creative ways since huge responsibilities are waiting for them to make their future life”.

He has also  stated  that graduation is the end of one chapter of life  and the beginning of another that students should  avail themselves to  better achievements in their next academic career.

Finally, he conveyed his message that graduates are expected to faithfully invest their knowledge to promote their life and to bring holistic, prosperous and sustainable development of the Country.

Mrs. Chaltu Sani, Minster of FDRE City and Infrastructure and Development Ministry and the guest of Honor said “Ethiopia stayed under declined and stagnant economic situation before the revolutionary change was achieved. ”She added that now a days, Ethiopia is moving up on the journey of development.”  “The attained remarkable change has been achieved by elites’ researches and by their active participations in various aspects.” She stated. Finally she urged the graduates to serve the community faithfully and take the share in building the countries’ economy.

Finally, outstanding students received academic achievements medals and gold awards which are granted to who have scored the highest GPA during their studies at the University from the hand of Her Excellency Mrs. Chaltu Sani while special award has been  given by His Excellency Mr. Fanta Dejen. 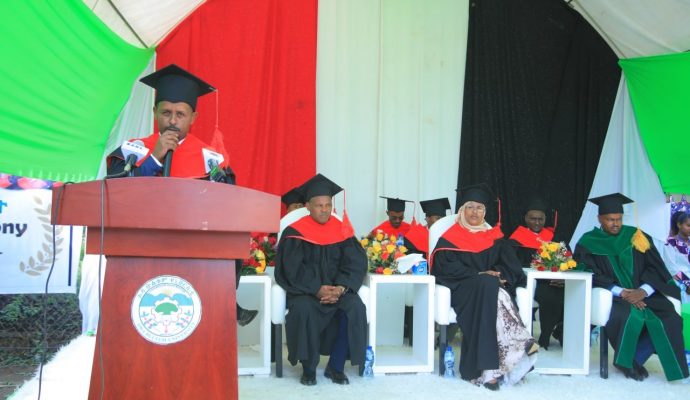 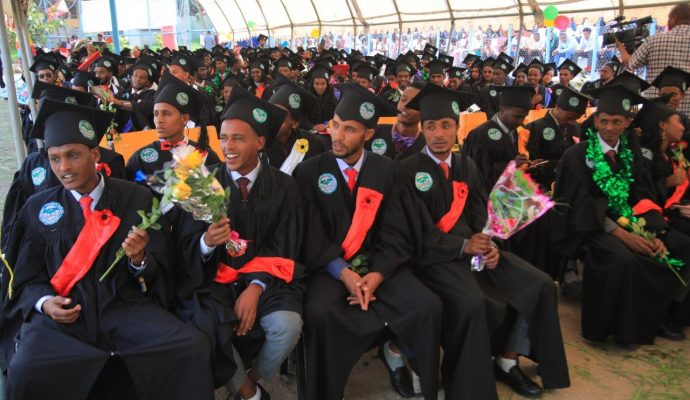 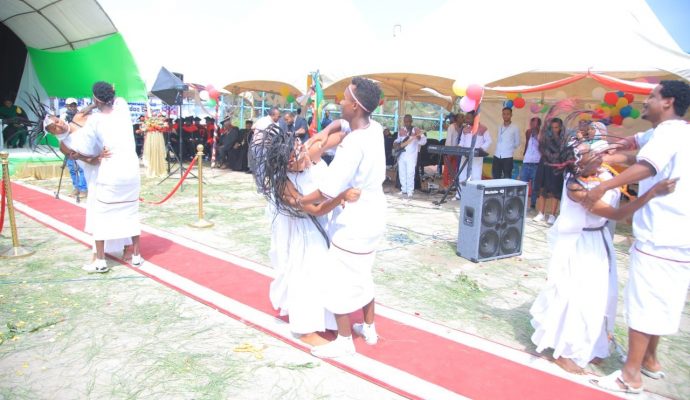