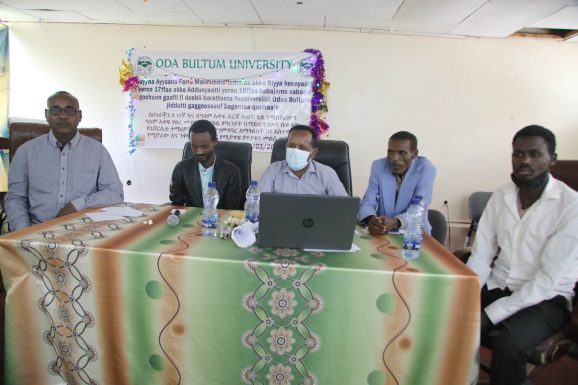 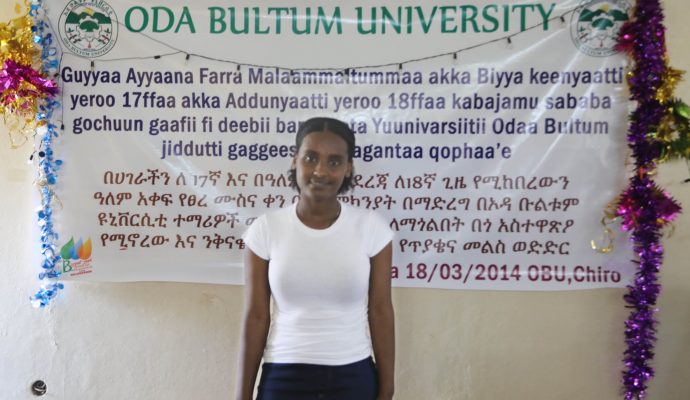 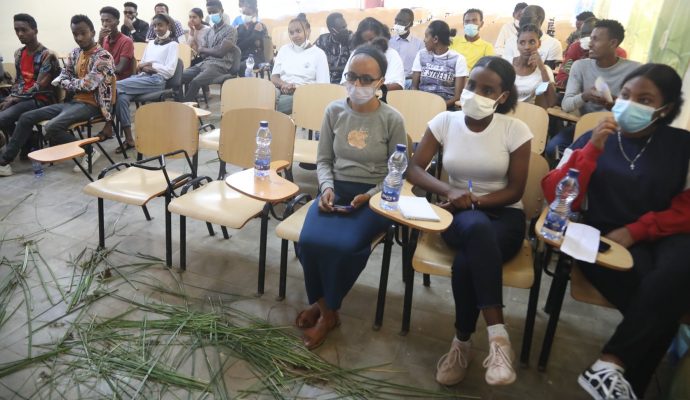 Oda Bultum University Conducts Students’ question and answer competition
OBU Ethics and Anti-Corruption Directorate in Collaboration with Federal Ethics & Anti-Corruption Commission held students’ question and answer competition program among students on November 27, 2021.
On the official launching ceremony of the program Mr Kedir Lugo, Head of the President Office, welcomed the participants and stated that producing ethical, competent and qualified graduates is the core mission of OBU. Therefore he added on, the University gives due attention for the programs like this which can play important role in building the next generation ethics.
Mr.Yusuf Obse, OBU’s Ethics and Anti-Corruption Directorate Director, on his part explained, the aim of the competition program was to raise the awareness of the students about the negative effects of corruption and the need to prevent and fight it.
After Mr Yusuf’s speech, the competition has openly started among competitors and the winner was scrutinized. Mekides Belete ,first year Engineering student, has won the competition.
As Mr Yusuf announced at the end of the competition Mekides will participate on the ceremony of International Anti- Corruption day which will be celebrated for 17th time on December 9,2021 at national level and she will be awarded.
Compiled by: OBU Public and International Relations Directorate Nov, 27/2021